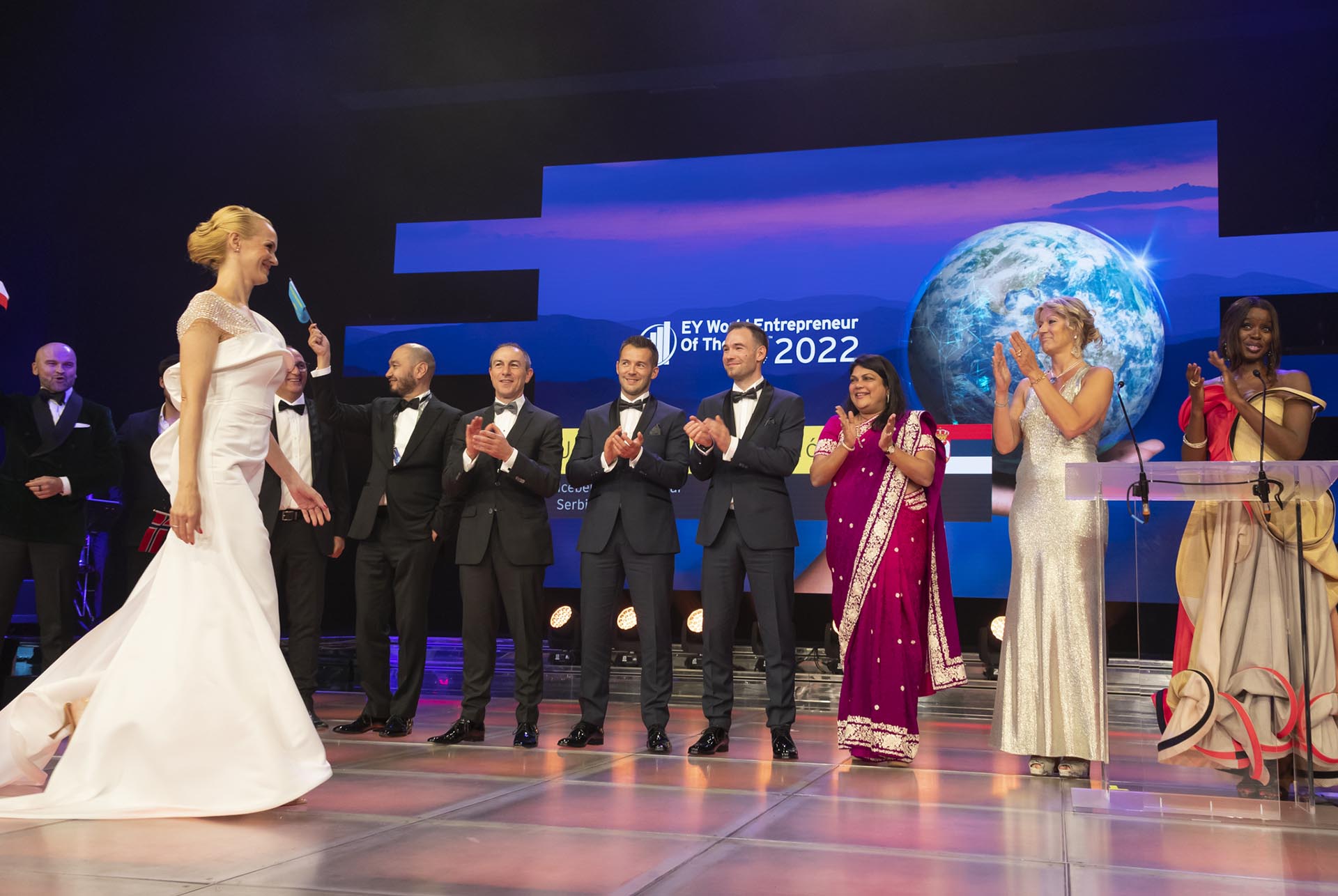 At this year’s EY World Entrepreneur Of The Year competition, our country was represented by Jelena Popović-Bujić, CEO of Iceberg Salat Centar. She won the national EY Entrepreneur of the Year award in our country in February, when it was also the tenth anniversary of this program, celebrations which were held in Serbia. Jelena Popović-Bujić, in our country, won this accolade while competing with 34 other candidates, representing 28 companies. She was selected for this award by an independent jury.

The Iceberg Salat Centar company was founded in 1990 with the aim of producing the Iceberg salad, which had not been grown in Serbia until then. Today, the company grows all types of salads, and it also processes and distributes 180 kinds of vegetable and fruit. The company was founded by Mr. Popović, and today it is run by his daughter, Jelena Popović-Bujić.

“In the jubilee year, when we celebrated the 10th anniversary of the EY Entrepreneur of the Year program in the Republic of Serbia, we had a marvelous representative, our Jelena, head of the Iceberg Salat Centar. On behalf of the entire delegation, as well as EY, I would like to thank Jelena for presenting her company and the entrepreneurial spirit of our country with dignity and pride,“ said Ivan Rakić, EY’s Managing Partner for Serbia, Montenegro and Bosnia and Herzegovina.

“Last week in Monte Carlo was an incredible experience. It is an enormous success simply to be there and represent our country, our national entrepreneurs, and run in this contest alongside the best entrepreneurs of the world. Being part of a global team and sharing experiences with the best in the field is an amazing feeling. At the same time, it is encouraging to know that all entrepreneurs think the same way as ours in Serbia do. Many thanks to EY for this phenomenal project that has been supporting all entrepreneurs for years,“ said Jelena Popović-Bujić, CEO of Iceberg Salat Centar.

Gaston Taratuta revolutionized digital advertising by creating a global platform for companies in emerging markets. A true veteran in sales and marketing, Gaston noted a lack of opportunities for companies and advertisers in developing countries to connect with the world’s largest digital platforms,  such as Twitter, Snapchat and LinkedIn. This prompted him to found Internet Media Services (IMS) in 2005, in order to improve digital ecosystem in Argentina and countries with similar circumstances in the business. With the merger of IMS and the acquisition of similar companies last year, Aleph was formed.

Today, Aleph is a global company, present in 90 markets and as many as four continents. Gaston Taratua continuously invests in educational programs that help professionals in developing countries build their careers in the digital sphere. Aleph’s educational platform is dedicated to training and connecting as many as 50,000 digital advertising professionals.

The EY World Entrepreneur of the YearTM program, organized by the international audit and consulting company EY (Ernst & Young), celebrates a tradition of entrepreneurial success that glorifies innovation, creation of new job opportunities and economic growth, contributing to a better business environment—which is also the EY company’s mission. In addition to the award ceremony itself, the event in Monte Carlo includes a number of interesting speakers, panel discussions and other events of immense importance to entrepreneurs and other influential business leaders who attend.

See more on this year’s EY World Entrepreneur of the YearTM program on the following link: https://www.ey.com/en_gl/weoy

About the EY World Entrepreneur of the YearTM program

EY Entrepreneur Of The YearTM is the world’s most prestigious award for achievement in the field of entrepreneurship. What sets this global program apart from others is the fact that it promotes entrepreneurial spirit and resourcefulness, while it recognizes those who have achieved success with their vision, leadership and innovation. As the first and only global award of its kind, EY Entrepreneur of the YearTM is bestowed on outstanding individuals who form and develop successful, growing and dynamic companies. The EY Entrepreneur of the YearTM program is organized regionally, nationally and globally in more than 60 countries.

About the Iceberg Salat Centar company

Iceberg Salat Centar was founded in the year of 1990 with the aim to produce the Iceberg salad, which had not been grown in Serbia until then. Today, it grows all types of salads, while it also processes and distributes 180 kinds of vegetable and fruit goods. The company was formed by Mr. Popović, and today it is run by his daughter, Jelena Popović-Bujić. With over 120 employees, it sells its products to McDonald’s, retail chains in Serbia and the region, as well as renowned restaurants and hotels. In order to increase the export capacity, in 2021, Iceberg Salat Centar began investing in the launch of the most modern agricultural production of lettuce on 47 hectares in Besni Fok.

In addition to the standard kind of vegetables and fruits, the company also sells the organic kind both through retail chain brands and its own Iceberg Organic Centar brand. Owing to an extremely strong online sales channel, as well as the Healthy Habits Club portal, by providing exercises, recipes and useful tips, the company has been promoting and educating consumers about a healthy lifestyle for years. 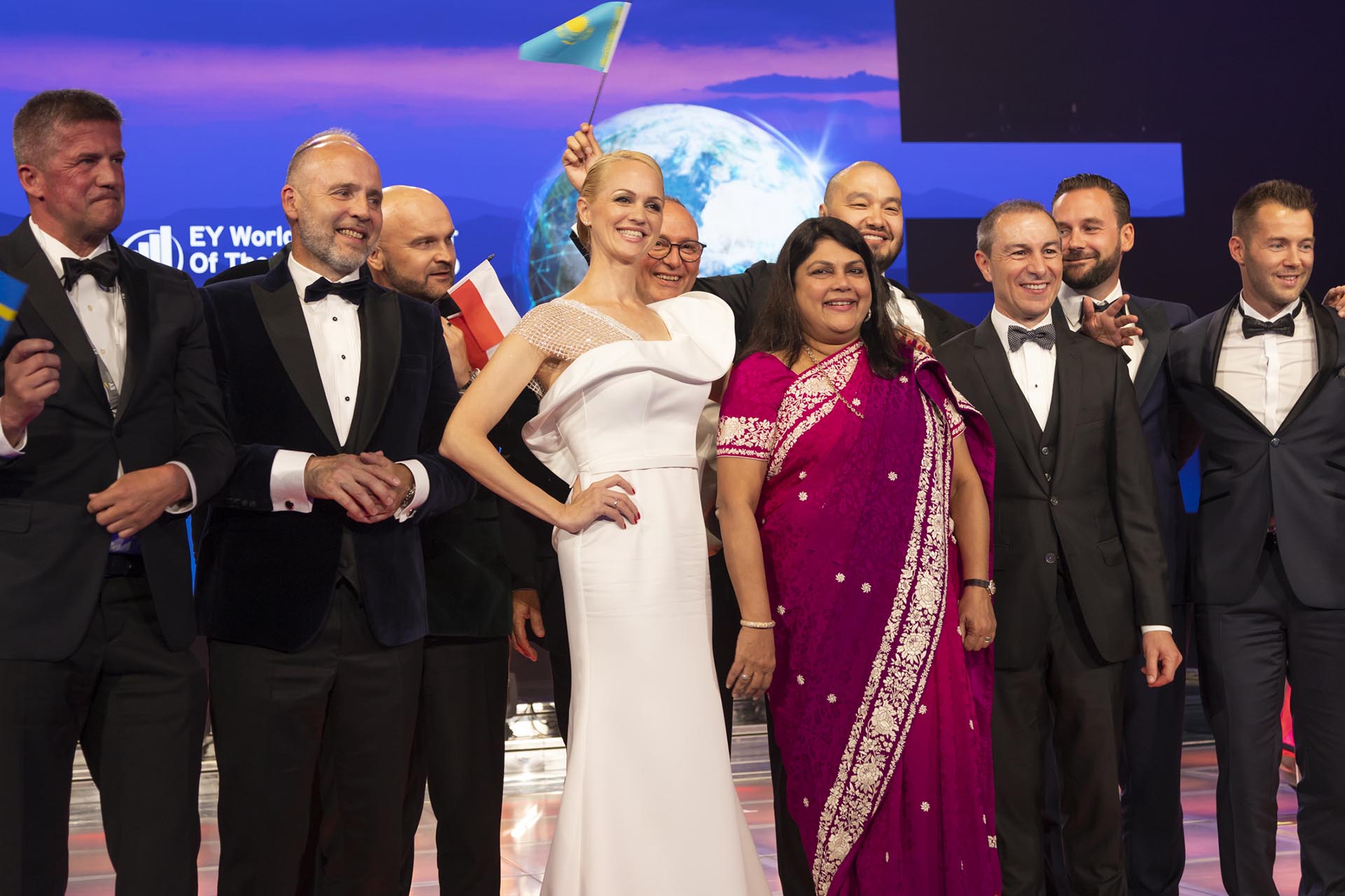 The First Woman To Be Named EY Entrepreneur of the Year